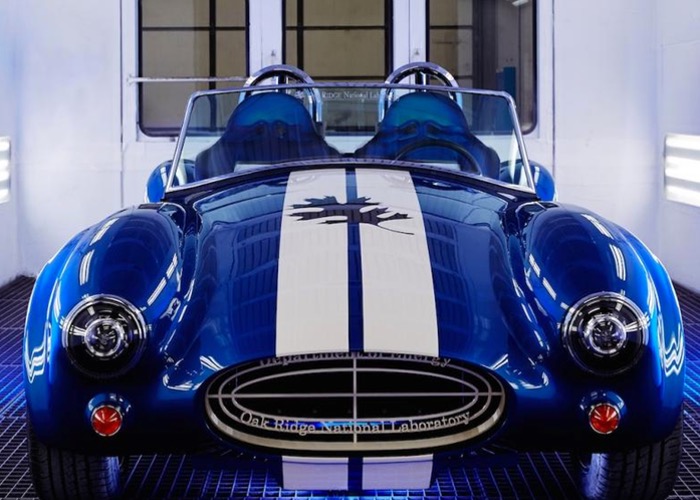 Last year we featured a 3D printed car called the Strati created by Local Motors as a result of a 3D Printed Car Design Challenge that ran during 2014.

Now at the 2015 Detroit International Auto Show another 3D printed car has been unveiled in the form of a 3D printed Shelby Cobra. Personally I known which 3D printed car I would prefer to drive, check out the video below to learn more about the project.

The Shelby Cobra took just six weeks to conceptualise and build, thanks to the Department of Energy’s Oak Ridge National Laboratory (ORNL). Although the Shelby Cobra is fitted with a real engine and parts that were not 3D printed.

“ORNL’s newly printed 3D car will be showcased at the 2015 NAIAS in Detroit. This “laboratory on wheels” uses the Shelby Cobra design, celebrating the 50th anniversary of this model and honoring the first vehicle to be voted a national monument.

The Shelby was printed at the Department of Energy’s Manufacturing Demonstration Facility at ORNL using the BAAM (Big Area Additive Manufacturing) machine and is intended as a “plug-n-play” laboratory on wheels. The Shelby will allow research and development of integrated components to be tested and enhanced in real time, improving the use of sustainable, digital manufacturing solutions in the automotive industry.”