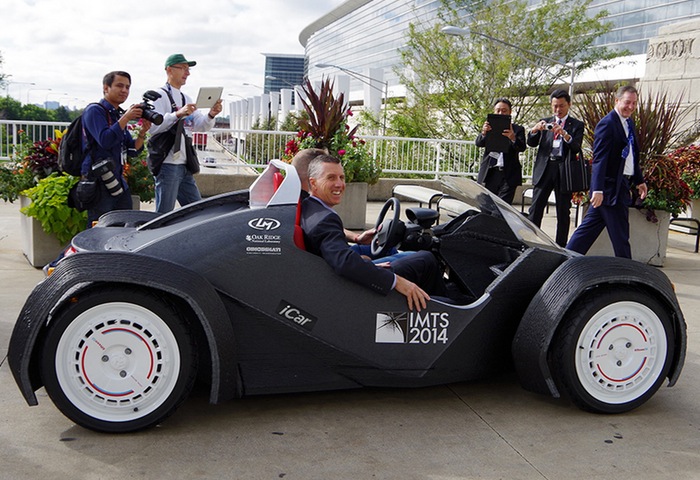 Some of our readers might remember the 3D printed car which was unveiled last month called the Strati. This week more details have been released revealing that the innovative car has a range of between 120 – 150 miles and is capable of a top speed of 40 miles per hour.

The cars seats, body, chassis, dash, centre console, and hood were 3D printed in just two days during the International Manufacturing Technology show in Chicago last month. The car is powered by and electric engine and Local Motors hopes to sell similar 3D printed cars for around $17,000 in the future. 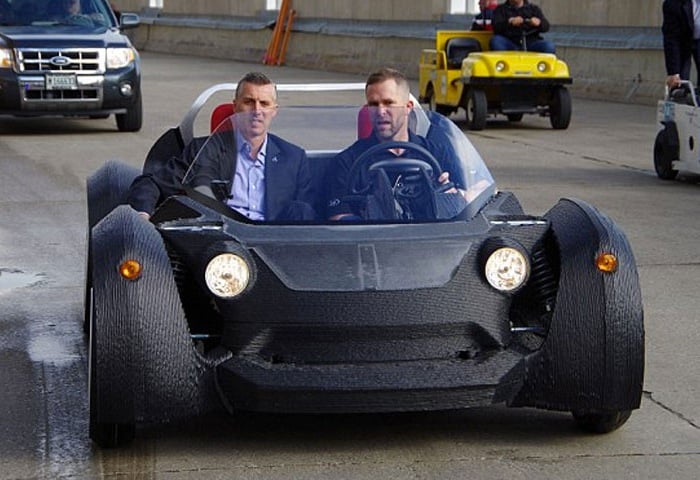 Watch the videos below to learn more about the 3D printed car project and see it in action. Local Motors explains :

“Printed, manufactured and introduced in September 2014, the Strati is the world’s first 3D-printed car. It was printed in one piece, took just 44 hours, and was assembled live by the Local Motors team in front of attendees at IMTS 2014. It’s a product of online collaboration and development by open-source hardware manufacturer Local Motors, Oak Ridge National Laboratory, Cincinnati Incorporated, and a worldwide community of passionate designers and engineers.”

The Strati stole the spotlight at IMTS 2014 and showed the world how 3D-printing can, and will, influence the automotive industry. Cars will take less time to go from design to manufacturing to the sales floor. They’ll contain less parts, meaning fewer potential problems. In the near future, you will be able to design your vehicle, submit it to a manufacturer, and pick it up the next day. Additive manufacturing, more commonly known as 3D printing, is the next step for the automotive industry, and Local Motors just made the world to take note.”

For more information on the new 3D printed car jump over to the Local Motors website for details.