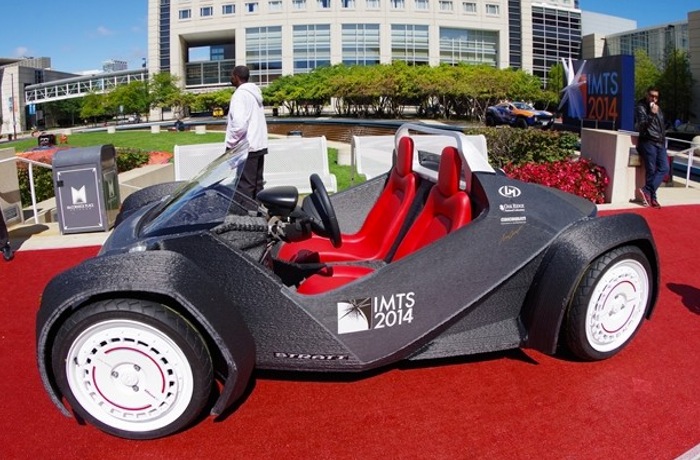 As the result of a 3D Printed Car Design Challenge run by Local Motors the crowd-source automotive firm a new 3D printed car has been created and driven at the International Manufacturing Technology Show (IMTS) 2014 this month.

The process of creating the car using 3D printing technology took just 44 hours and the designer of the car Michele Anoé who won the Challenge launched by Local Motors was there to see his creation take form. 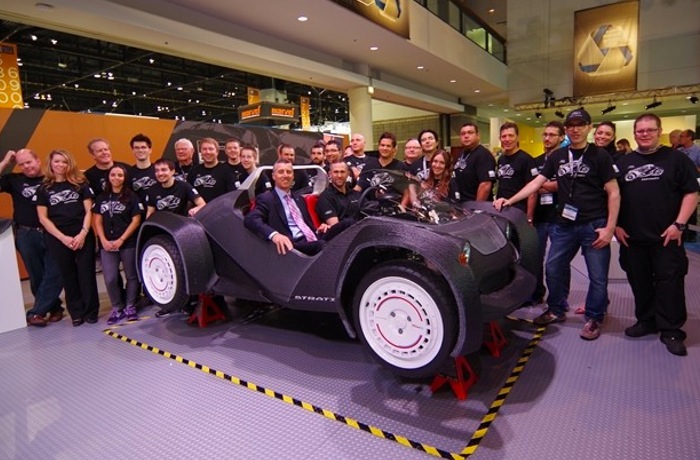 Michele Anoé beat 200 entrants from more than 30 countries to win first prize which awarded him $5,000 in cash and an invitation to see his Strati 3D printed car roll off the 3D printer. Kate Hartley of Local Motors explained : 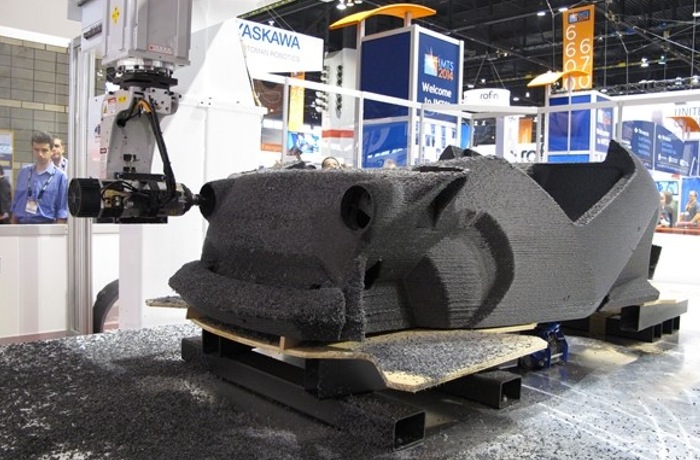 Watch the video below to learn more about the 3D printed car that Local Motors claim to be a worlds first and some of the construction techniques and 3D printing machine used to create the design in just under two days.

Another 3D printed car called the Urbee created in 2010 might have something to say about the world first title claimed by Local Motors, but the Strati 3D printed car is definitely pushing the boundaries of the new 3D printing technology to its limits.

“The Strati was designed by our community, [will be]made in our Microfactory and will be driven by you,” says CEO of Local Motors John B. Rogers Jr. in a press release. “This brand-new process disrupts the manufacturing status quo, changes the consumer experience and proves that a car can be born in an entirely different way.”

For more information on the new 3D printed car jump over to the Local Motors website for details.