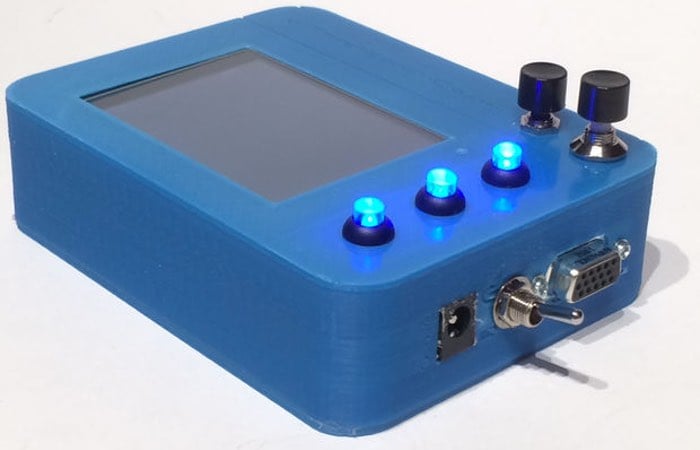 Astronomers and Raspberry Pi enthusiasts that have been using the PiKon 3D printed telescope which is based on a Newton’s reflecting telescope design and is powered by a Raspberry Pi mini PC and Pi Camera module.

Maybe interested in a new display that has been created that has been 3D printed and includes a rechargeable battery pack and takes the form of the TED-VDU.

Features of the Raspberry Pi display include :

I’ve always had a curiosity for astronomy, but was never keen enough to invest any money in purchasing the necessary equipment. But when the PiKon project featured in the news it was something that really captured my imagination. A year later in 2015, the PiKon turned to crowdfunding, giving everyone the opportunity to get their hands on one. Be it fully assembled or in a kit form that you can 3d print and assemble yourself, I wasted no time in reserving my perk and was eager to start my build.

My kit arrived in early 2016 and I promptly printed my parts and assembled it. To operate the telescope you use the Raspberry Pi, all of your interactions with the telescope are via the Pi command line interface. This requires you to have access to a TV/monitor and a keyboard, as well as a power source for the Pi and the monitor. This is not a problem if you are operating your PiKon indoors through a window or even if you are out in your back garden, but what if you want to take your PiKon on a field trip to a remote location?

To solve this problem I set about designing and making a small, lightweight and compact all-in-one unit that not only provides power to the Pi, but also includes a display, input controls and a user friendly interface.