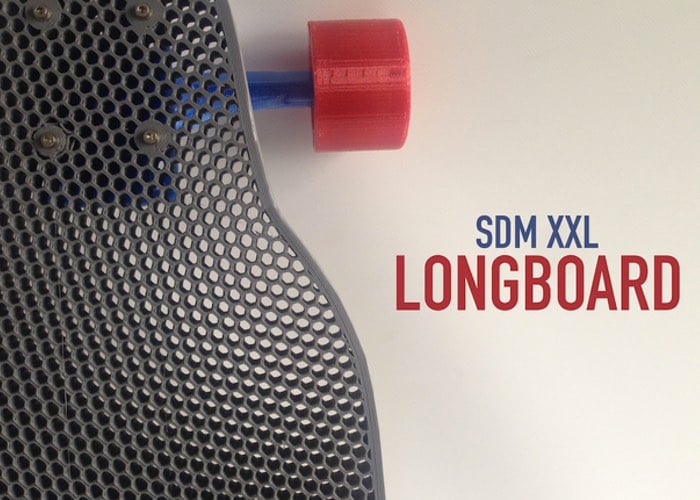 Check out the video below to see how the extra large deck of the long board was created using a large format 3D printer. SDM3D explains that a 0.8 nozzle was used with a 0.5 layer height no top, no bottom, honeycomb infill 10 perimeter ,10% infill Slicing with Simplify3D which yesterday released a new version adding compatibility for another 30+ 3D printers. 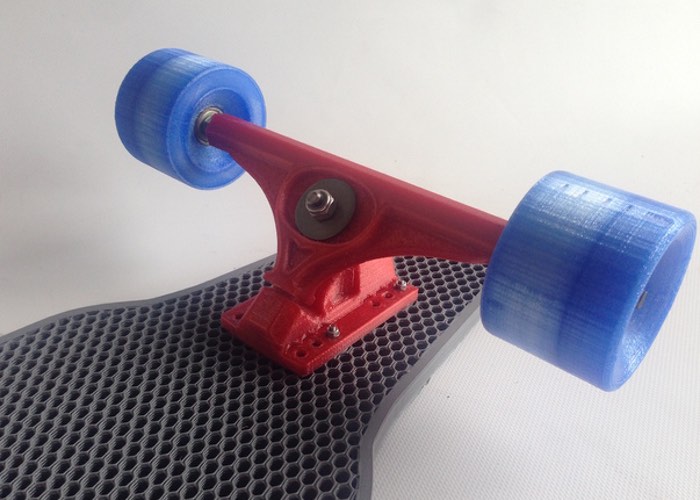 SDM3D has published the files on the Thingyverse website allowing anyone to download them and print them if they have a large format 3D printer available to create the deck although the wheels and trucks are obviously a lot smaller if you’d like to add your own custom built deck.

Jump over to the official SDM3D website for more 3D printed projects by the team and more images of the awesome 3D printer longboard.