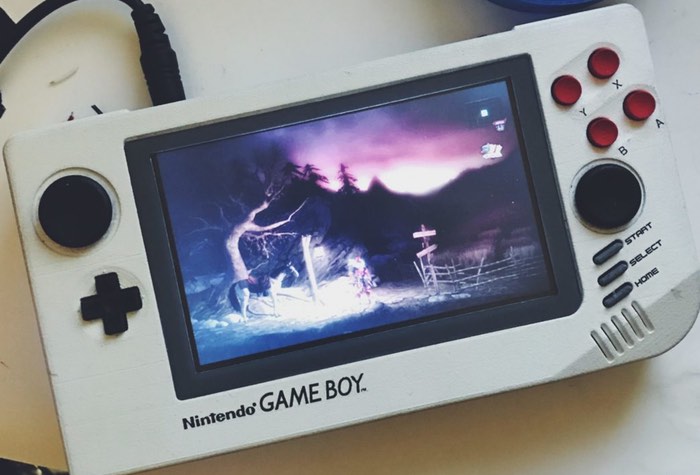 Anthony Campusano, a New York-based architect has designed and 3D printed an awesome reimagined Game Boy handheld console, which is still under development and is currently being redesigned to be slimmer with more tactile controls.

Campusano unveiled his new Day cowboy console at the recent Maker Faire in New York and rather than using cartridges the system uses handy and easily portable SD card storage.

I’ve always loved handhelds, but what I’ve always wanted was a way to play games at home on my desktop with fully accelerated graphics and then take the same save file with me on a handheld with the understanding that the graphics would be dumbed down for the handheld. At first I tried using full a mini-itx board with a half-height graphics card, and while it booted and worked (handheld Gears of War 1, Yay!), it weighed 5lbs and only ran for about 15mins on batteries.

I use AutoCAD for all my 2D design work, and the 3D is done in Inventor though I plan on moving to Fusion 360 soon. I’m a trained architect, though I have industrial designer envy. In terms of electronics, I’m self-taught. When it comes to machine specs, the handheld is based on an Intel Core M. Controls are Teensy based, and the status lights and battery level, etc. are run from an Arduino. Estimated battery life is about 3hrs +/- depending on the game.