If you are a little tired of the more traditional racquet sports such as tennis and squash. You might be interested in give a new racquet game a go called 360ball.

360ball is played in a circular court where players use a racquet to strike a ball onto a centrally placed concave disc. The court has no separate sides and players pivot 360 degrees around the disc as directed by play. Watch the video after the jump to see the game played out. 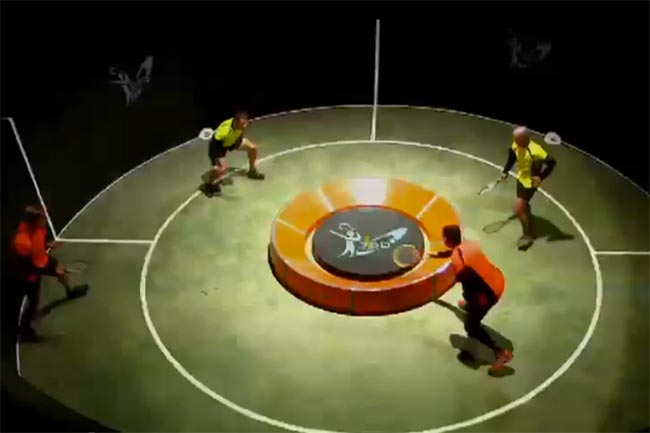 360ball can either be played by two players as a singles match, or with 4 players with 2 on each side as doubles. You can read the full rules at the 360ball website.

Via Oh Gizmo Via 360ball