The guys over at Computer Choppers, who are well known for covering various gadgets in gold,  are producing a a limited edition PS3 Slim, which has been dipped in 24kt Gold. 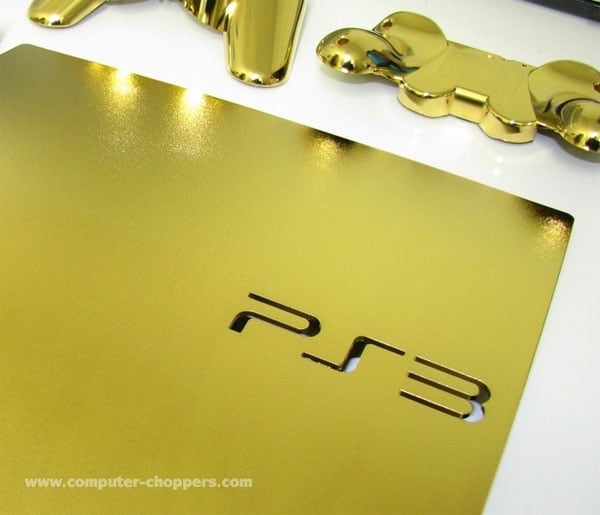 The Computer Choppers guys haven’t revealed any pricing as yet, but you just know it is going to be one expensive PS3 Slim.

Chip Chick managed to get a sneak preview of the Gold PS3 Slim, and the guys over at Computer Choppers will be publishing some more photos soon as well as some pricing information.