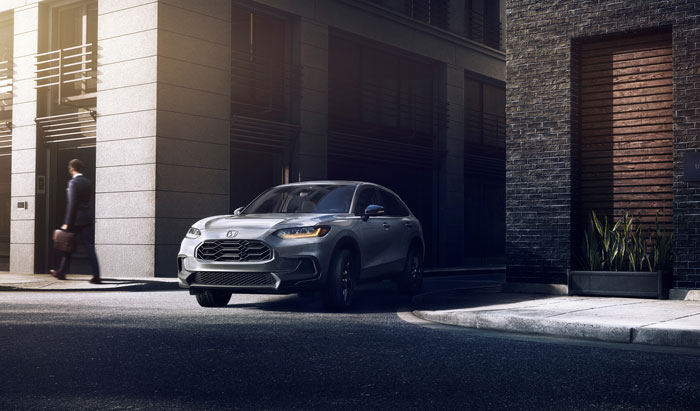 Honda has revealed the second generation HR-V, which will land at dealerships this summer. The 2023 model includes substantial changes with a low horizontal beltline, longer hood, larger grille, wider stance, and sleeker roofline than the previous model. The HR-V is based on the 11th generation Honda Civic and has grown larger in its second generation.

The vehicle is specifically designed to have a longer wheelbase and wider stance, allowing it to be sporty while maintaining the space for a weekend of adventure and the maneuverability for tight city streets. The vehicle’s overall design is sleek thanks to Honda’s utilization of laser brazing technology, allowing it to ditch roof moldings.

Windshield wipers for the vehicle hide under the leading edge of the hood when not in use, keeping the windshield area clean and free of distraction. There are still some aspects of the vehicle that Honda hasn’t announced; we don’t know anything about pricing, for example. Presumably, it will use the same powertrain as the Honda Civic, but that is unconfirmed.