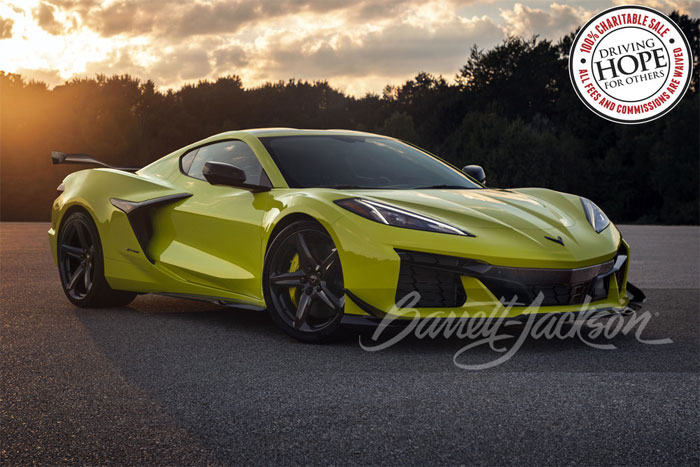 One hundred percent of the hammer price benefits the charity, and with the buyer commission included, the car sold for $3.7 million, the car itself raised $3.6 million. The lucky winning bidder was Rick Hendrick, and he owns numerous charity auction cars.

The Z06 that rolled across the auction block was painted yellow with black trim, but it’s unclear if that’s the actual car Hendrick purchased or if it’s a preproduction model just there for visuals. Typically with these auction cars, the buyer gets to specify the vehicle exactly the way they want.