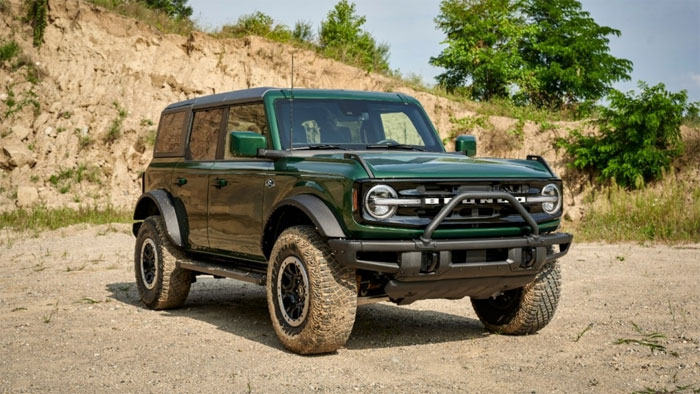 A new dealer memo circulating from Ford to dealerships states that orders for the 2022 Bronco SUVs will be paused starting March 8. After that date, Bronco fans will be unable to order a Bronco until later this year when the order banks open for the 2023 Bronco. However, Ford states that the Bronco Raptor will still be an orderable configuration after March 8.

The memo also notes that Ford is eliminating paint protection film from all 2022 Bronco orders and instructs dealerships to talk with customers wanting the protection film about dealer installed options. Everyone who’s ordering a Bronco wants to get the vehicle as soon as possible.

The dealer memo notes that Trailer Tow is a high-demand item, with 62 percent of orders having that feature. However, Ford can only build 39 percent of the orders with that feature. Anyone wanting to get their Bronco faster can remove the Trailer Tow option and go with one of the official Bronco accessory tow hitches. Another option to remove to enable quicker delivery is the Mold in Color hardtop.