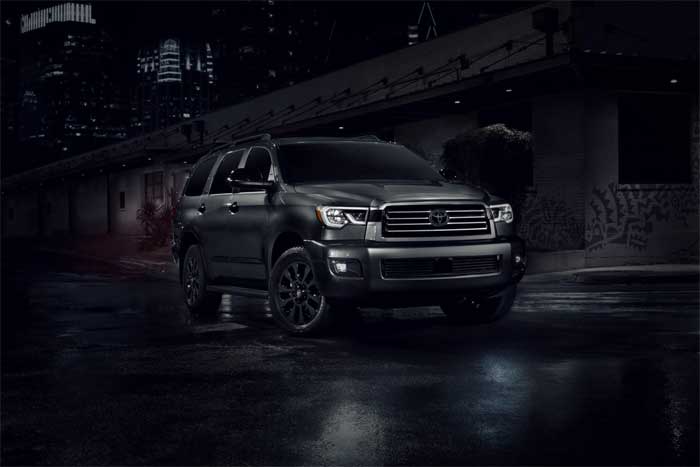 Toyota is also offering a 2021 Sequoia Nightshade edition, which is based on the Limited grade version. It features black leather-trim seating and black exterior trim. It’s offered in two or four-wheel drive and is offered in black, gray, or Blizzard Pearl.