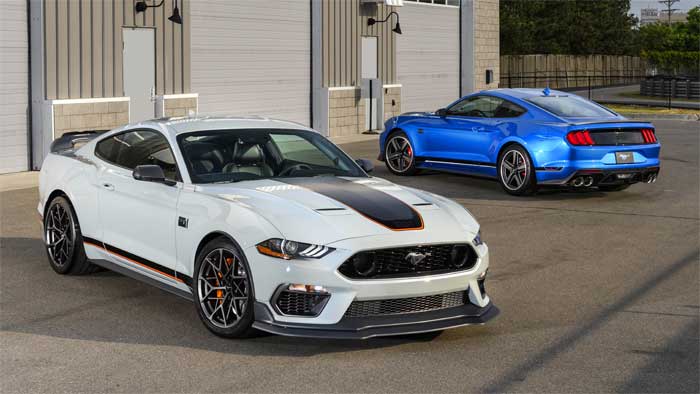 Ford has announced that the order banks for the 2021 Ford Mustang Mach 1 have now opened. Along with the opening of the order books, details on pricing have also been revealed. A base Mach 1 starts at $52,915, including the $1195 destination charge. Ford hasn’t given up all the details on pricing; one exciting package is called the Handling Package.

While the Mach 1 is available with a six-speed manual directly from the discontinued GT350, it can be had with a 10-speed automatic transmission. The Handling Package is only offered on versions with the manual. Ford has given no pricing details on that package, but it includes wider wheels, a high-downforce front splitter, special spoiler with a gurney flap, front-wheel lip moldings, and rear tire spats from the GT500.

The pricing will put the Mach 1 between the GT and the old GT350. It will be safe to assume dealers will tack on markups for the vehicle. Interestingly enough, the order books opened yesterday, October 14, which was the anniversary of Chuck Yeager breaking the sound barrier by hitting mach 1. See what Ford did there?