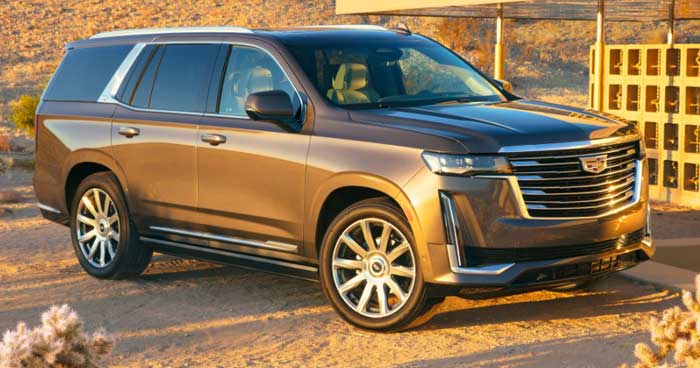 Not long ago, pricing for the redesigned 2021 Cadillac Escalade leaked, and one of the question marks was how much the 3.0-liter in-line-six diesel engine would cost. Word has now surfaced that Cadillac will be offering the diesel engine as a no-cost option alternative to the 6.2-liter V-8.

The move is surprising because, in other GM products like the Silverado or Sierra 1500 pickups, the diesel engine is a $2500 option on top of the 6.2-liter V-8 price. The pricing leak earlier in the week was confirmed by Cadillac, according to Autoblog. That means that the starting price for the Escalade is $77,490, with high-end versions starting at $101,290. None of those prices include the $1295 destination charge.

For those unfamiliar with the Duramax inline-six turbodiesel, Cadillac is quoting 277 horsepower and 460 pound-feet of torque. The makes 420 horsepower in the same 460 pound-feet of torque. The big benefit will be fuel economy with the official numbers for the Escalade unannounced this time. However, in GM trucks, the diesel is good for 23 MPG in the city and 33 MPG on the highway for the rear-wheel-drive version.