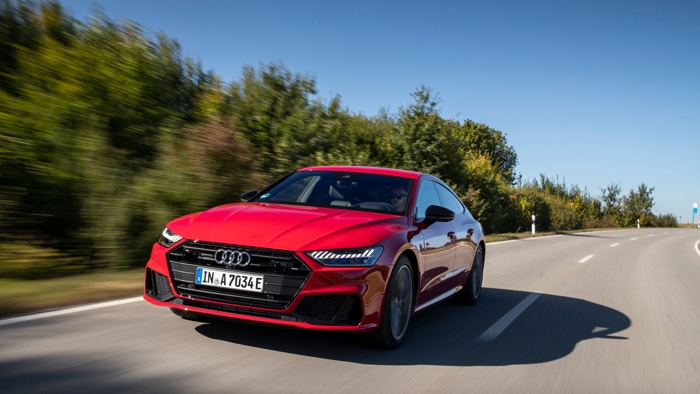 Drivers have the option to adjust engine and battery usage with three capable modes specific to the plug-in vehicle. Hybrid mode is activated automatically using route guidance in the MMI navigation system to optimize battery power over the route to help reduce fuel consumption based on a variety of data points including speed limits, types of roads and the latest data from onboard sensors. The A7 TFSI e automatically starts in EV mode, where it exclusively uses its battery as long as the driver does not press the accelerator past a variable, perceptible pressure point. In Battery Hold mode, the battery capacity is kept at the current level – this is useful if the driver anticipates need for all-electric power later in a route.

In electric-only mode, the A7 TFSI e is able to travel in near silence, using a lithium-ion battery housed under the rear cargo area for power. This mode can be selected for driving scenarios when an engine might not be needed or event-prohibited, while other available modes that balance efficiency between the powertrains when selected. Final EPA-estimated all-electric range and efficiency numbers will be announced closer to on-sale timing.

You can find out more details about the new 2021 Audi A7 55 TFSI e plug-in hybrid over at Audi at the link below.