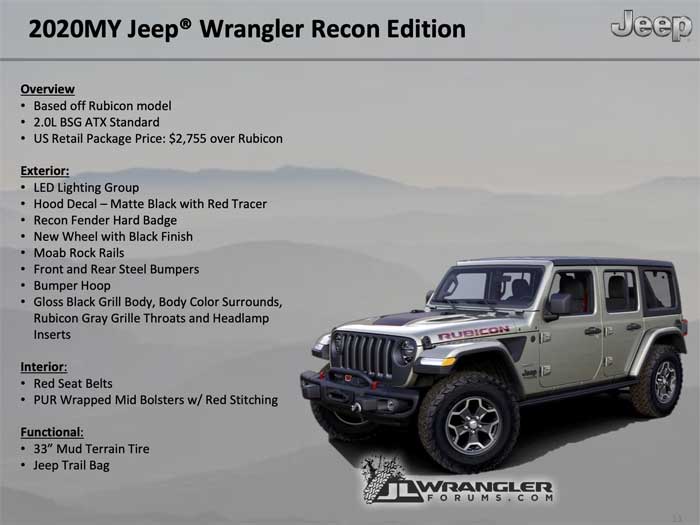 A new version of the venerable Jeep Wrangler is tipped for the 2020 model year. The Wrangler will be based on the Rubicon model and will be called the Wrangler Recon Edition. It will come with the Jeep turbo four as standard. The price will be $2,755 over the cost of a normal Rubicon.

The Jeep will also get the Mopar hinge-gate reinforcement. Rubicon Wranglers are pricey machines meaning a Recon version could end up being the most expensive version of the Wrangler in 2020.