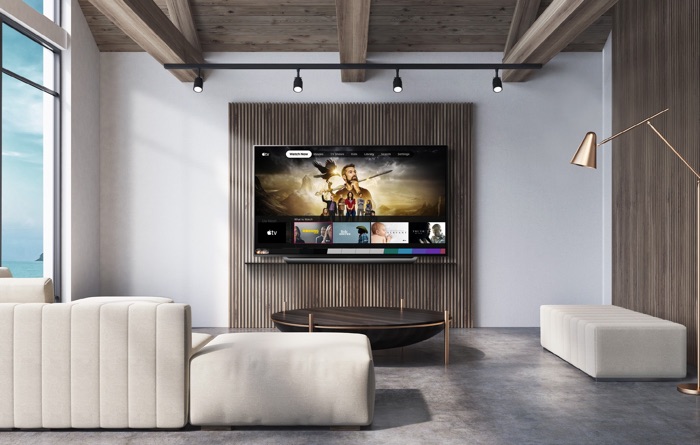 LG has announced that it has released the Apple TV app for some of their 2019 range of smart TVs, the app is now available in more than 80 countries.

LG launched some new TVs at CES with the app built in and now last years range of smart TVs are also getting the app.

LG’s 2019 TVs also support Apple AirPlay 2, which allows users to share or mirror content from their iPhone, iPad or Mac directly to an LG TV. Customers can also play music on the TV and sync it with other AirPlay 2 compatible speakers anywhere in the home. Also supported is Apple HomeKit, which lets users easily and securely control their TV with the Home app on their iPhone or iPad or by voice using Siri, enabling them to power on or off, change volume, switch inputs and more.

LG TV customers can now enjoy Apple TV in addition to AirPlay 2 and HomeKit on all of LG’s 2019 OLED TVs, NanoCell TVs (series SM9X and SM8X) and later this month, the Apple TV app will roll out on select UHD TVs (series UM7X and UM6X). The Apple TV app and Apple TV+ will be available on 2020 TVs at launch and on LG’s 2018 TVs later this year via an over-the-air firmware upgrade.

The Apple TV app is now available for a range of 2019 LG TVs, you can find out more information about this at the link below.