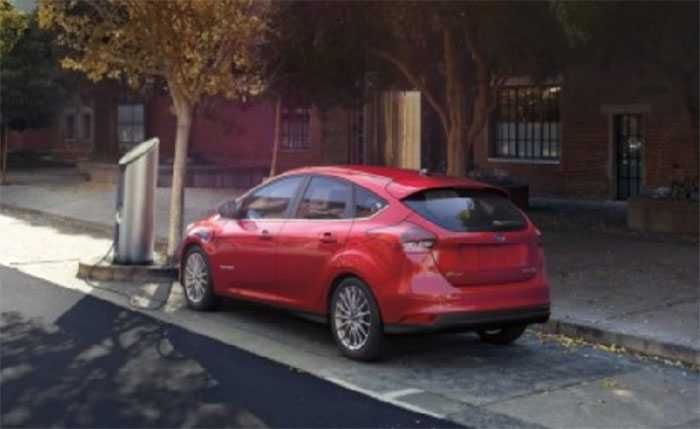 Ford certainly hasn’t made the specifications for the 2017 Focus EV official, but a spec sheet has turned up that suggests a larger battery that will increase the driving range for the car. For the 2017 model the battery is moving from a 23 kWh pack to a 33.5 kWh liquid-cooled lithium ion battery. That is a 46% increase in power compared to the battery from last year.

No official EPA driving range figures have been offered up. What we do know is that the EPA rated the 2016 Focus EV with the smaller battery at 76 miles. The assumption is that the larger capacity battery will push the 2017 model to a driving range somewhere around 110 miles.

That certainly won’t make Tesla worry with its larger, more luxurious, and more expensive Model S and Model X having a significantly longer driving range. However, that would make the Ford slightly better than some if its closer completion like the Hyundai Ioniq EV expected to get 110 miles per charge and the Nissan Leaf rated at 107 miles per charge. The 2017 Focus EV is also expected to charge much faster thanks to SAE Combo CCS DC fast charging.