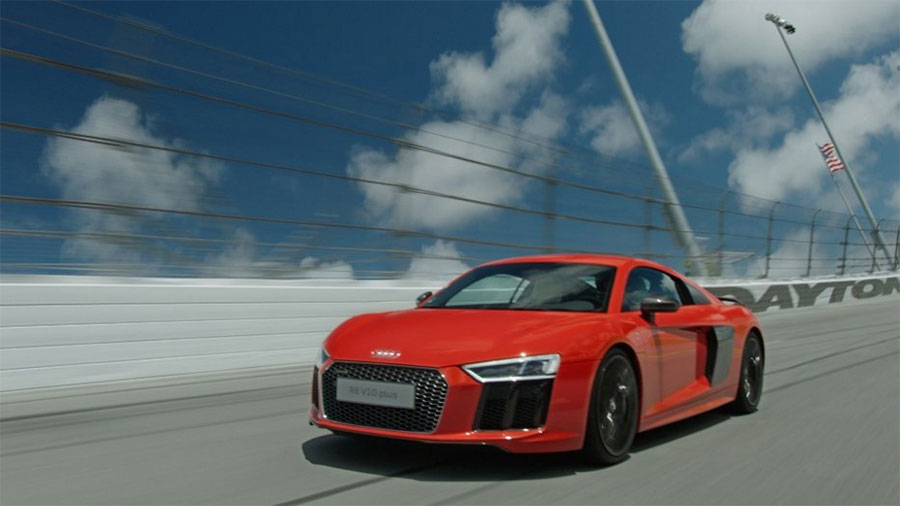 The R8 V10 flavor makes 540hp and 398 lb-ft of torque. The R8 V10 plus version makes 610hp and 413 lb-ft of torque. That’s 70hp more and only 15 lb-ft more torque for your $27,000. Audi says that this is the most powerful and fastest production model it has ever made. No matter which version you choose both come with a 7-speed S tronic dual clutch transmission and AWD.

Other differences between the two versions include a weight reduction of 77 pounds and standard carbon ceramic brakes for the plus version. Standard versions can reach 60mph in 3.5 seconds and have 199 mph top speed. Plus versions can hit 60mph in 3.2 seconds and have a 205mph top speed. V10 plus buyers also get a carbon fiber rear diffuser, front lip spoiler, exterior mirror housings, fixed rear spoiler and racing shell seats.