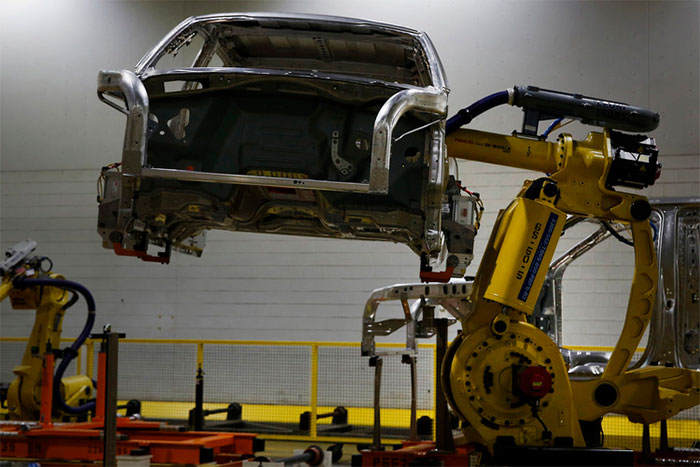 You might think that one 2015 Ford F-150 body style would have the same crash test ratings as the other, but you would be wrong. The IIHS performs a crash test called the small overlap test to simulate the results of a partial head-on collision. The four-door CrewCab 2015 F-150 passes this test with a “good” rating with the potential for injury to the driver deemed small.

The extended cab 2015 F-150 SuperCab on the other hand lacks the same steel support structure to protect drivers in an accident and scored “marginal” on the same crash test. Ford says that the small overlap test was introduced half way through the development of the F-150 and that it chose to add additional steel support structures to the four-door version of the F-150 first because that truck is 83% of all F-150 trucks sold.

The extended cab SuperCab version of the F150 lacks those supports and poses a significant injury risk in some front crashes according to IIHS. Ford says that it plans to add additional steel crash structures for safety to all 2016 F-150 models. The small overlap test involves a vehicle moving at 40mph and crashing into a rigid steel barrier that engages 25% of the vehicle front end.