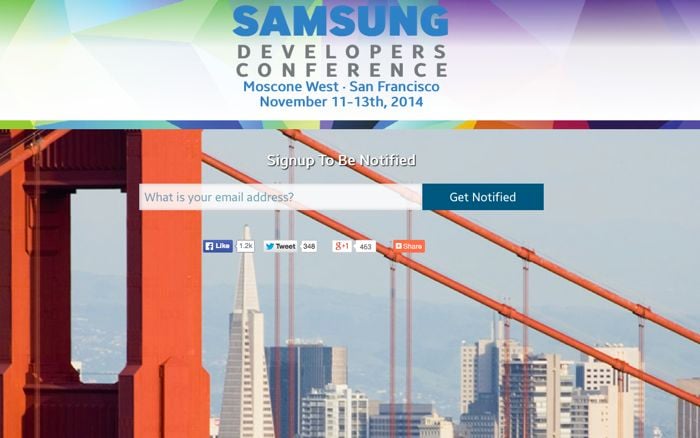 Samsung has announced that the 2014 Samsung Developer Conference will take place between the 11th and 13th of November 2014. The conference will be held at the Moscone West Center in San Francisco.

One thing we are interested to hear more details about at the conference is Samsung KNOX, Google recently announced it would be integrated into Android 5.0 L, and there are rumors that Samsung may kill KNOX off.

You can find out more details, and also register for more information on the 2014 Samsung Developer Conference over at their developer website.