Earlier today we heard that Apple may be using Intel’s Light Peak technology in the 2011 MacBook Pro, and now a photo has been leaked which is reported to be of the new 2011 MacBook Pro.

As you can see in the photo below, it features a new port in between the FireWire and USB ports on the side of a MacBook, and as Slashgear points out it looks very similar to the Mini DisplayPort connector. 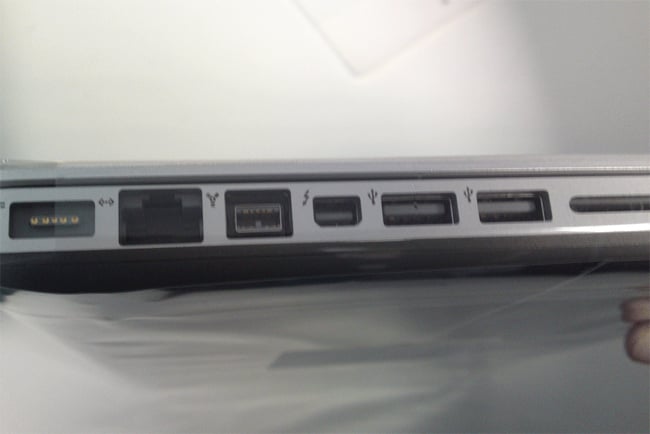 The guys over at Mac4Ever have obtained more photos and details of the Thunderbolt logo, and some other material which is reported to be promotional material for the 2011 MacBook Pro.

I guess we will have to wait until tomorrow to find out what Apple has planned for the new 2011 MacBook Pro’s.