Right on schedule, the day after Apple have announced the new 2011 iMac, the guys over at iFixit have got their screwdrivers out and decided to take it apart to find out what changes there were inside over last years model.

They decided to take apart the new 21.5 inch iMac, and you can see what is inside in the photos below, according to the guys over at iFixit it opens in the same way as the previous model. 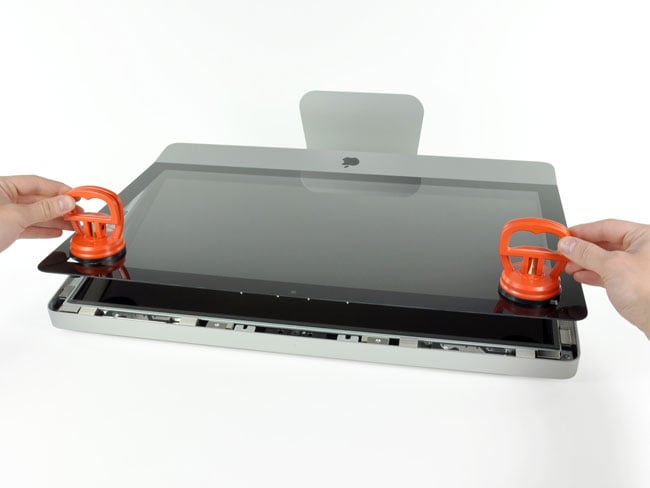 The 21.5″ iMac (EMC 2428) scored a very respectable 7 out of 10 Repairability Score. Most of the disassembly is pretty straightforward and accomplished using a T10 Torx screwdriver and suction cups. A casual user can easily replace the RAM, and it’s moderately difficult to access the hard drive and optical drive.

Head on over to iFixit to find out exactly what the found inside the new 2011 iMac.