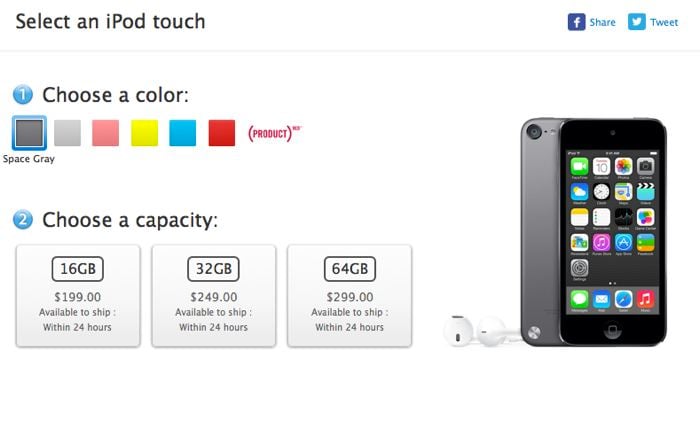 Earlier today we heard a rumor that Apple would be launching a new cheaper 16GB iPod Touch, the device was supposed to launch next week, but Apple has just made it official.

The new entry level 16GB  iPod Touch comes with the same features as the 32GB and 64 GB models, it retails for $199 and comes with a rear facing 5 megapixel camera, the previous 16GB model did not have a rear camera.

The 16GGB iPod Touch is now available in various colors, which include gray, silver, pink, yellow, blue and red, Apple have also dropped the price of the 32GB and 64GB models.

It looks like these new iPod Touch models are only available in the US at the moment, as Apple is only showing the 32GB versions in the UK Apple store, the 16GB model, which is the old version is shown as currently unavailable.

As soon as we get some more details on when the new cheaper iPod Touch will be available in the UK, we will let you guys know.