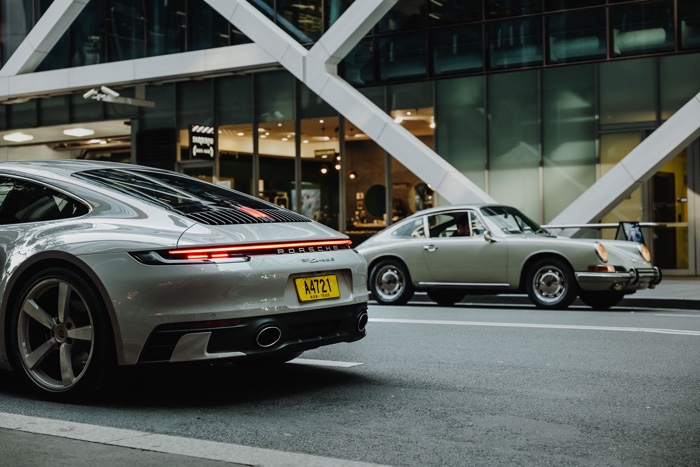 Porsche has released details  of a new re-imagined 1965 Porsche 911 that was created by Porsche Exclusive Manufaktur, just two of these cars will be made.

The new exclusive Porsche 911 is based on the first ever 911 that was sold in Australia 55 years ago, have a look at the video below.

It’s incredible that 55 years after the original 911 was delivered to Mr Angas, we can replicate some of the same features in the modern equivalent. It shows just how timeless the 911 is,” says Lee Hallett, General Sales Manager, Porsche Centre Sydney South.

It also reflects the almost endless possibilities for customisation offered by Porsche Exclusive Manufaktur, which combines the highest quality materials with modern production methods and painstaking attention to detail.

You can find out more details about this new 965 Porsche 911 re-imagined by Porsche Exclusive Manufaktur over at Porsche at the link below.