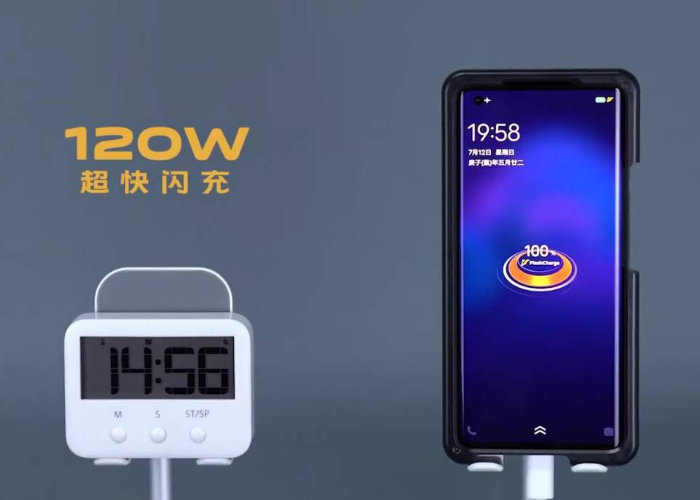 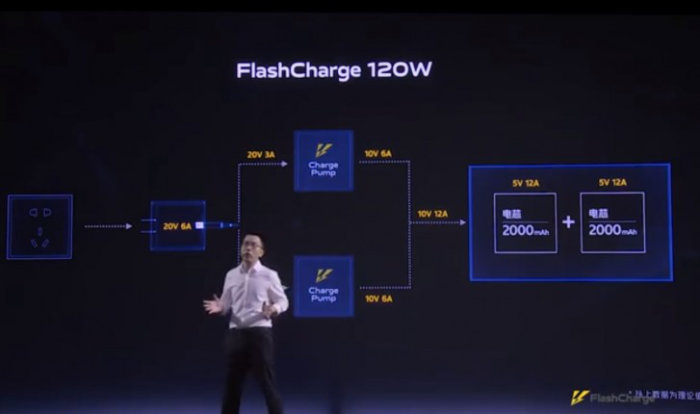 “Instead of using a single 4000 mAh battery, the smartphone will sport two 2000 mAh batteries. As soon as the charger is plugged in, the current is converted from 20V at 6A to 10A at 12V. This current then splits into two equal circuits at 5A at 12V that charge two 2,000 mAh cells simultaneously.”