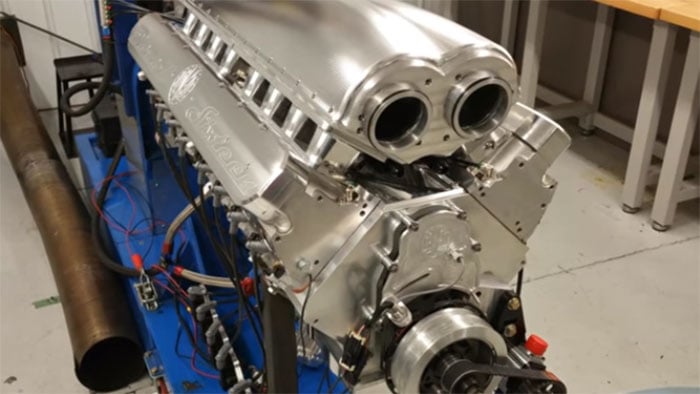 If there is no replacement for displacement as the old car guy adage goes, the 12.3L V16 engine you see here would reign supreme. This is a gigantic engine that looks like it should be sitting in the nose of some sort of WWII fighter plane rather than under the hood of a performance car. This massive V16 engine will find its way into the Devel Sixteen hyper car eventually.

The engine is completely custom made and has a billet block with 12.3L displacement and four 81mm turbos. The engine was strapped to a dyno to see just how much power it makes and it maxed out the dyno at 4515hp.

The engine builder thinks that if he had a more powerful dyno, the engine would make around 5,000hp. All that power also comes with a massive torque number at 3,500 lb-ft. The engine is forced air at 36psi of boost at max power. A more conservative tune on 20psi makes 3,002hp and 2,407 lb-ft of torque. This thing sounds more like a locomotive. I’m not sure you could ever put power to the ground with outputs like that; tires will be smoking masses of rubber in seconds.