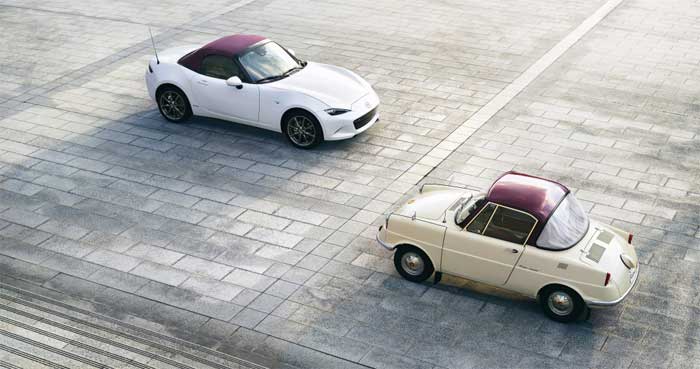 Mazda North American Operations has announced that the 100th Anniversary Special Edition Mazda MX-5 Miata will be coming to the United States in limited numbers later this year. The vehicle is celebrating the brand’s 100-year milestone and starts at an MSRP of $32,670.

The vehicle will be available in either RF, which is the retractable hardtop version, or with an exclusive red soft top. The only paint color will be Snowflake White Pearl Mica, and the car will have premium exterior paint and red accents throughout. The vehicle gets a “minimalist” badge on the front fender that says “100 years 1920-2020.” The car also has special logos, red leather seats, and red carpet.

The vehicle is meant to remind of the two-tone R360 Coupe, which was Mazda’s first passenger car. The vehicle is based on the 2020 MX-5 Grand Touring with 181 hp engine offering 151 pound-feet of torque. Buyers can choose either a six-speed manual or six-speed automatic. Manual transmission versions ship with a limited-slip differential, Bilstein dampers, a front shock tower brace, sport-tuned suspension, and RF versions get a black roof. The exact number coming to the US is unknown at this time.