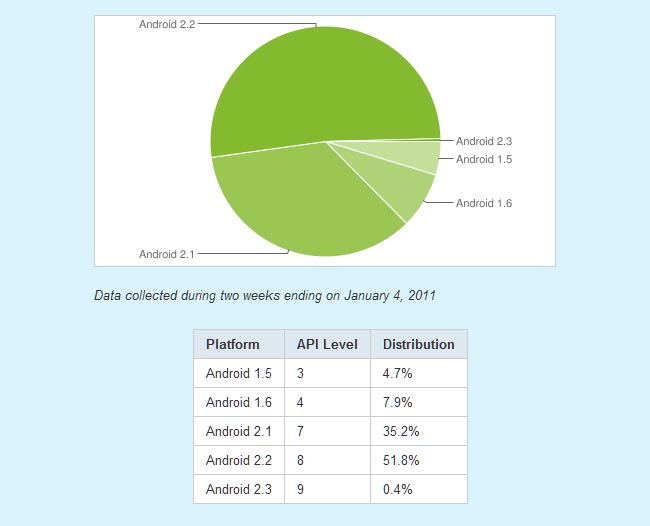 We heard earlier today that one manufacturer is charging mobile carriers for Android version updates, and that particular smartphone, the Samsung Galaxy S which is a popular one is still on Android 2.1.

It will be interesting to see how the figures stand when Google releases the next version of Android, we suspect many Android smartphones will only have been upgraded to 2.2 by then and no doubt we will see an increase in Android 2.3 users.

Google’s continues to face the problem of Android fragmentation, and with manufacturers like Samsung adding to the problem by charging carriers for Android updates this is something which is bound to continue in the future.

You can see more details about the versions of Android being used over at the Android Developers Blog.