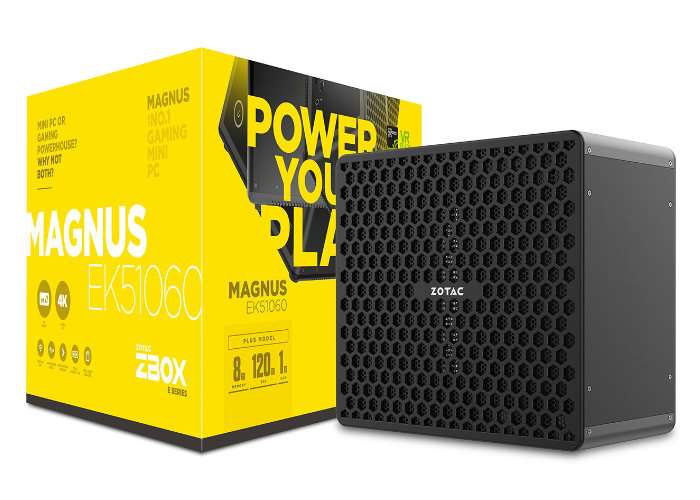 Zotac has officially unveiled a new range of compact gaming desktop systems today which take the form of the ZBOX Magnus EK And ER Series offering systems powered by a choice of either Intel or AMD Ryzen processors, supported by ZOTAC GeForce GTX 1070/1060 Series graphics card.

The new mini PC series are the first with desktop size graphics cards and are capable of even meeting the demands of professional gamers, says Zotac, with the ability to install up to 32GB of RAM.

MAGNUS ER Series, on the other hand, is the world first Mini PC Series that leverages an AMD Ryzen processor. AMD Ryzen inspires a new generation of high-performance computing and it combines the latest thinking in high-throughput and low-power design methodologies that bring an optimal compute performance to power your play.

An immersive VR experience is guaranteed with these smallest VR Ready Gaming Mini PCs, and it gets better with available HTC Vive bundles. Everything you need for VR gaming is in one tiny package and it’s ready to go out of the box.