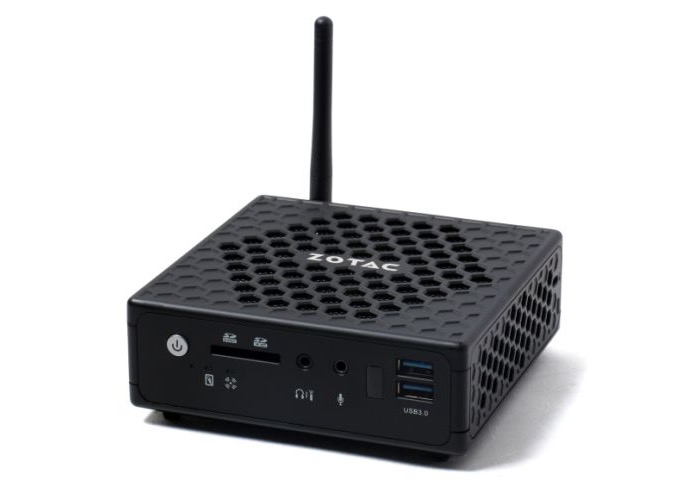 Zotac has also this week unveiled its new range of ZBOX C-series nano mini PCs that are equipped with Intel Haswell processors and look very similar to that unveiled by its parent company in the form of the ZBOX CI321 Nano.

The latest ZBOX CI321 nano mini PC is equipped with a Intel Celeron 2961Y dual-core 1.1 GHz Haswell processor that can be supported by up to 4GB of RAM and 64 GB of internal storage if you opt for the Plus model.

Although the system is fitted with a Haswell processor the latest nano PC is not quite as fast as the ZBOX CI520 nano and CI540 nano systems that are equipped with Core i3 or Core i5 Haswell processors.

Other features of the ZBOX CI321 nano include connectivity provided by Bluetooth 4.0, Gigabit Ethernet and 802.11ac WiFi. Together with HDMI and DisplayPort connections and a 2.5 inch drive bay for either a solid state disk (SSD) or hard drive to be fitted.

For more information on the new ZBOX CI321 nano jump over to the Zotac website for details via the link below.