Zotac has pushed the Zotac Geforce GTX 780 Ti AMP! Edition card to its limits and has applied their very own style of over clocking to provide owners with the fastest performance possible from the card. 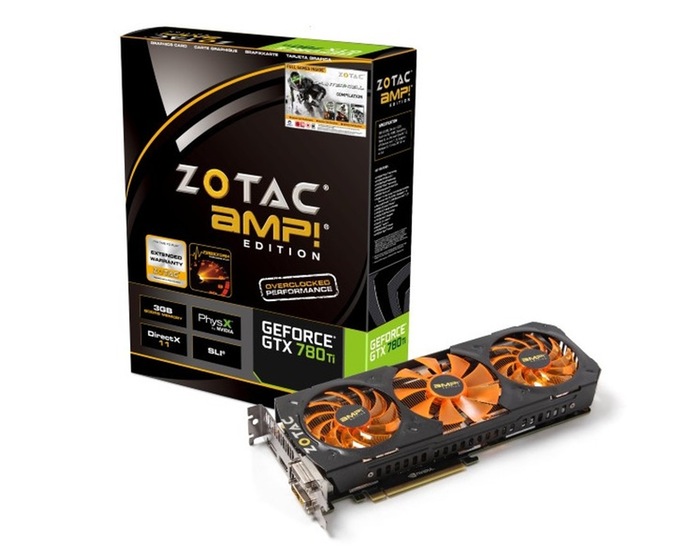 Zotac has equipped the Geforce GTX 780 Ti AMP! with their Triple-Silencer Enhanced Cooling System making the card run 10 degrees cooler even after the overclock, that pushes the GPU to 1006MHz GPU base and 1072MHz GPU Boost clocks as well as making the card 15dBA less noisier.

The Zotac Geforce GTX 780 Ti AMP! Edition graphics card is equipped with 3GB of GDDR5 memory paired up with a 384-bit memory interface but this time around it is clocked at a rather impressive 7200MHz. 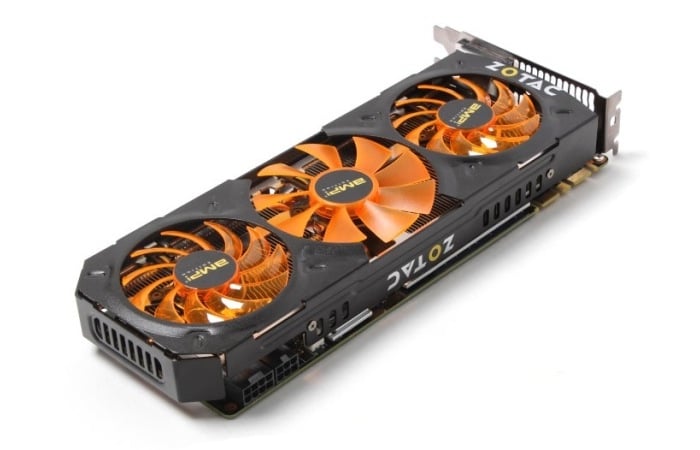