For the first time a third-party Unreal Engine 4 game has been announced by Blacklight developer Zombie Studios. Who have this week taken the wraps off their new randomly generated horror game called Daylight. 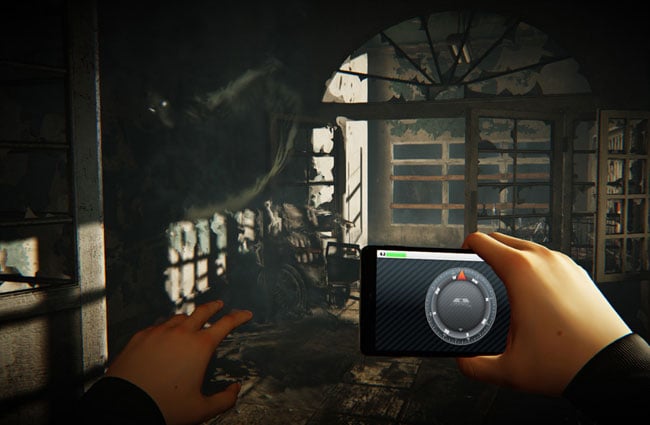 Daylight takes place in an asylum and each playthrough is expected to last just 25-30 minutes, IGN was able to have a chance to speak with the games developers at the recent Dice 2013 Game Awards. Zombie creative director and studio head Jared Gerritzen explained to IGN:

“The player doesn’t have a name,” – “We don’t give any backstory on the player. She literally just wakes up and you need to find your way through, but there’s a lot of story elements. The way the story unfolds is we have all these elements where you can pick up documents and case files, but also your phone gets possessed and it plays recordings from the past. So there’s so many different elements we’re able to use that allow players to get all this information, but the way that we’re going to do it it’s programmatically, procedurally given to the player. So I’ll play it and I’ll get the first bits to understand what’s going on, but from that point on everything will be in different successions.”

“We have so much content story-wise that it hopefully, whether the person manages to succeed to the end or not, will be an experience that they want to capture more of the story so they have to go back and replay, because each time you might be getting different story elements,” Chobot elaborated. “And over the course of that time, depending on how long you decide to play and what you find, it opens up the concept of the world a little more, the backstory, what your involvement is in it, how you find yourself here and whatnot. So instead of finding the same item over and over again and saying ‘I’m not going to bother reading this piece of paper because I’ve seen it a thousand times,’ it’s different every time.”

The Daylight, survival horror game will be released for $20 or less on Valve’s Steam platform some time in 2013.