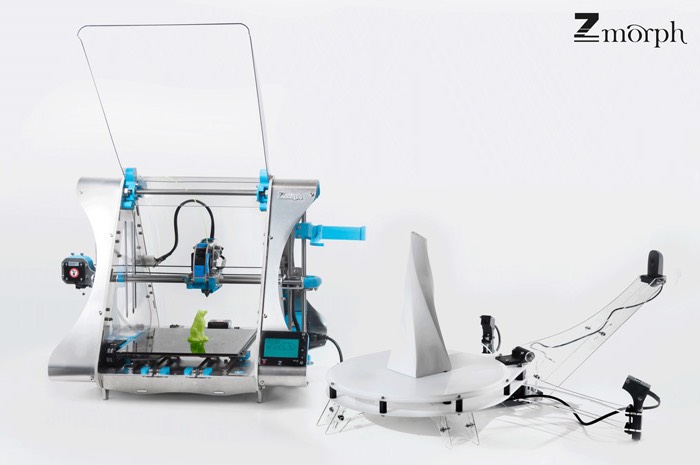 This month Polish manufacturer ZMorph has unveiled their new 3D scanner which has been designed to be used in conjunction with the desktop ZMorph 2.0 S 3D Printer and CNC Mill or as a standalone scanner.

The ZMorph 3D printer is equipped with a system that allows users to use interchangeable heads and the new 3D scanner was unveiled during CeBit in Hannover, Germany earlier this month.

The ZMorph 3D scanner can either be attached to the ZMorph 3D printer directly or used separately and uses a rotational geometry capture system to create 3D scans of physical objects. Przemek Jaworski, Zmorph’s CEO explains :

“Users can freely replicate and edit the properties of an object – change the size and the required material,”-“Furthermore, our device not only provides accurate 3D print quality, but also supports the user in the proper preparation of the model.”- “Filters can be applied to modify the smoothness, thickness and slimness, which is important in strengthening or speeding up the printing process.” 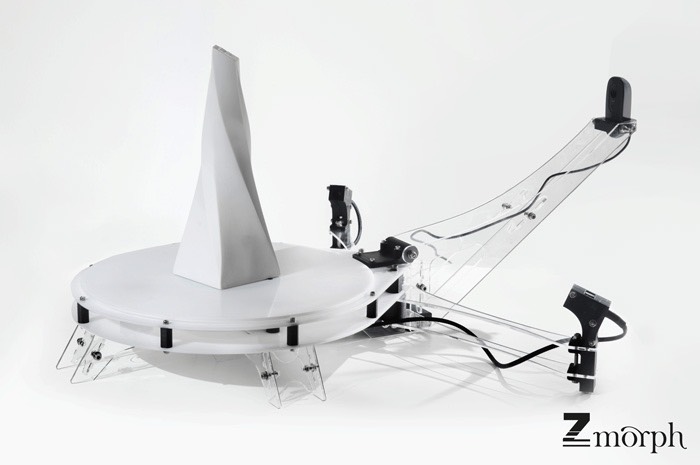 For more information on the new ZMorph 3D scanner jump over to the ZMorph website for details and the ability to pre-order with a discount for the first 100 early adopters via the link below.

“ZMorph 3D Scanner is able to capture small and medium sized objects in a digital form, using set of lasers and dedicated plugin to Voxelizer software. Built upon the concept of rotary table, it is small enough to fit onto any desk, next to ZMorph personal fabricator, that connects to it.

The way it works is based on the rotational geometry capture mechanism, and digitalization algorithm that converts acquired data to voxels for further processing. When the editing phase is finished, the 3D model can be 3D printed on ZMorph personal fabricator with just few clicks.”