WinZip the makers of the popular compression tool have this week unveiled the new service called ZipShare which is being developed to provide an easy way to manage your files across multiple hosting platforms and also keep them safe from prying eyes.

ZipShare has bee created to provide you with one location to access all your files located in popular cloud storage services such as Box, Dropbox, Google Drive, OneDrive, SugarSync, HighTail and CloudMe with other cloud storage companies being added in the future. 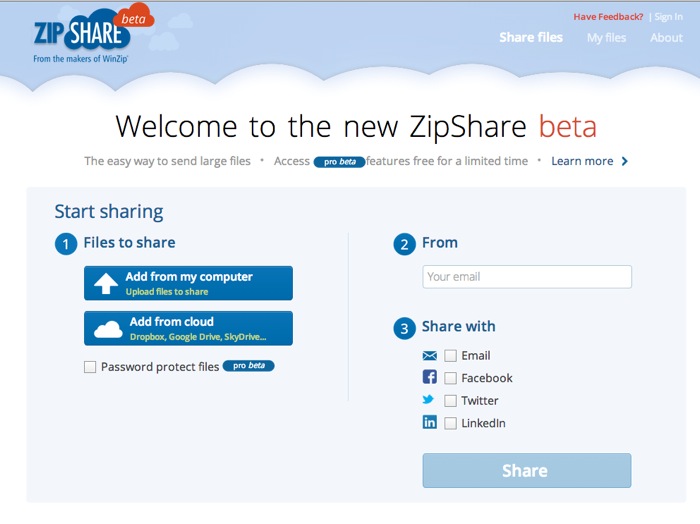 The WinZip ZipShare service has been in development for nearly a year and users of ZipShare have the option to add a second layer of security to their files while under compression using AES-256 encryption to keep your files safe.

Jacques Lamontagne, Director of Product Management at WinZip explains : “We wanted to create a product that was platform agnostic and to do that, we had to create a web app,”-“When you total up the free storage provided we’re up to 40 to 50 GB of free space,”- “And a free user could just keep using them until they fill up,”

ZipShare is currently in its beta development stage and WinZip with the pro version expected to cost around $39.95 per year, although that could change as WinZip are also considering a $9.95 per month subscription. If you would like to take part in the ZipShare beta development stage jump over to the official ZipShare site to sign-up and give it a go.