Samsung Galaxy S3 owners might be interested to learn that Zens has created a new wireless inductive charging system specifically for the Galaxy S3, which it hopes to start shipping next month.

The Zens Galaxy S3 wireless inductive charger consists of a battery cover, available in both Pebble Blue and Marble White, together with a charging mat, and offers a third-party solution that might arrive sooner than Samsungs official wireless charging product. 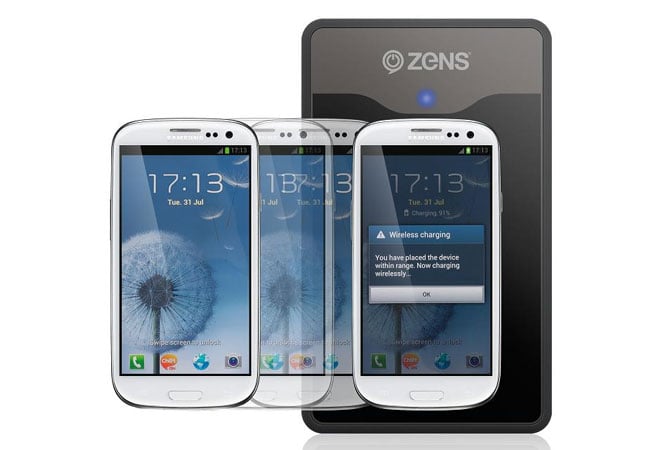 Once the back case cover  is swapped out, you will lose the Samsung logo on the back of your smartphone, but you will also be able to lose your charging cable, and simply place your phone on the charging mat to make sure your Galaxy S3 is fully juiced up.

Zen’s Galaxy S3 wireless charger will be arriving worldwide in September for around $83 or €69, which is apparently close to the release of the official inductive wireless charger created by Samsung.