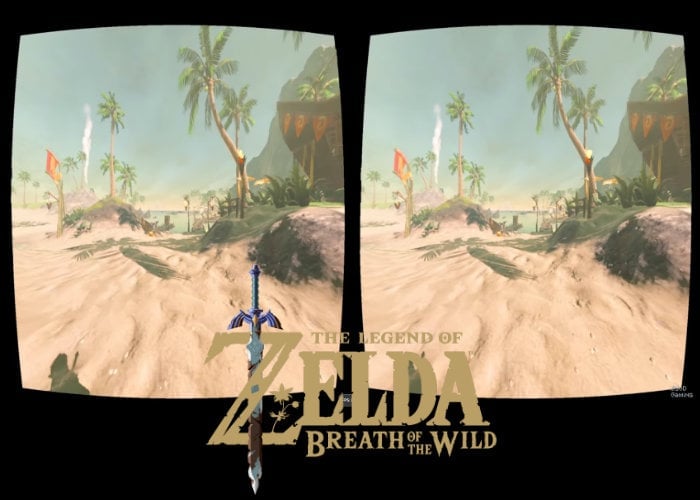 Gamers interested in playing The Legend of Zelda Breath of the Wild in virtual reality may be interested in the new video published by the YouTube channel BSoD Gaming showing a VR project that provides a first look at Zelda: Breath of the Wild running in VR mode. As you would imagine the game is not running on the Nintendo Switch but a powerful Intel Core i7 8700K processor supported by a NVIDIA GeForce GTX 1080 Ti graphics card.

Due to the game running on the lower powered Nintendo Switch the virtual reality Zelda game is running above 60 FPS at 4K resolution at around 80-100 FPS, one of the benefits of Zelda not being there graphically demanding title. Check out the demonstration below to learn more about playing Zelda in VR. For more information jump over to the development teams Discord channel.