The next generation of Freeview set-top-box for the UK which has been under development for some time and was first expected to roll out in 2010. Has now been launched by Lord Sugar at the London Film Museum this morning.

The new YouView set-top-box has been in development by BBC, ITV, Channel 4, Channel Five, BT, TalkTalk, and Arquiva and has been in trials for sometime, ironing out technical difficulties with the new device. 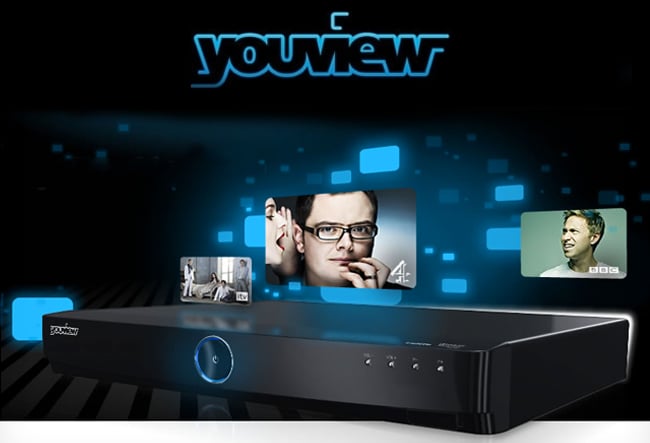 The YouView set-top-box will be made available in stores this month priced at £299 and will include widgets, apps, DVR support, and catch-up TV services.. Lord Sugar said in the press event this morning :

“It’s with great pleasure that we announce that YouView will be available from major retailers later this month. Our intention with this simple–to-use box is to provide extraordinary TV for everyone, with on-demand services combined with TV channels with an opportunity to search back an entire week to catch what they’ve missed. It’s a whole new way of experiencing TV.”