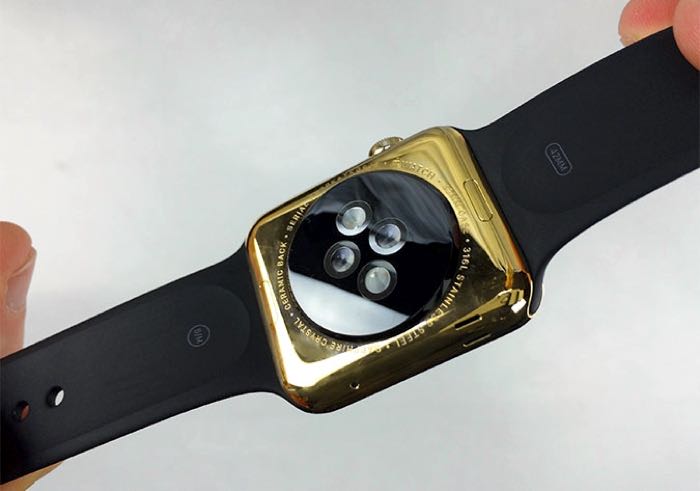 The gold Apple Watch Edition costs between $10,000 and $17,000 and since the device was launched we have seen a number of companies offering a gold plating service for the Apple Watch.

These services cost around $500 or more to gold plate your device and now one company is launching a gold plating kit for the Apple Watch in Kickstarter, which will cost $97 have a look at the video below.

The thin layer of 24K gold from the plating process is as real as solid gold. Gold plating has been used in the watch industry for decades. Designer brands gold plate their watches, such as Michael Kors, Versace, Marc Jacobs, Burberry, TAG Heuer. The gold plating process is even older than that – it was discovered in the early 19th century.

How does it work? Electrochemistry! It is similar to what happens when you charge your cell phone lithium ion battery. While charging, positively charged lithium ions (Li+) are converted to uncharged Li atoms via the power of the USB charger.

You can find out more details about the gold plating kit for the Apple Watch over at Kickstarter below, it appears to be popular so far as the creators have raised over $10,000 which is above their $1,500 goal.