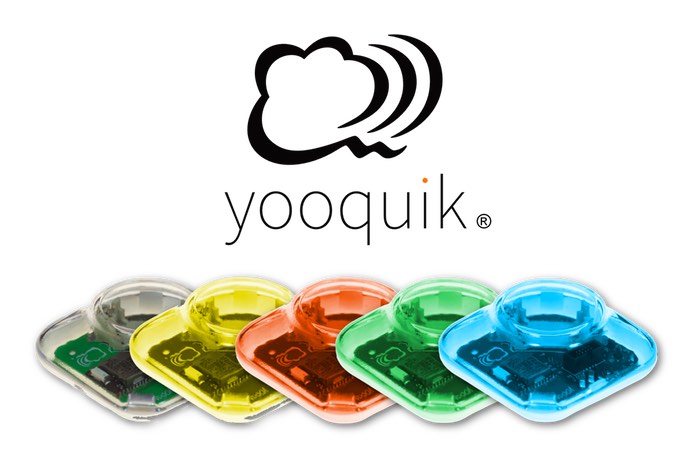 Yoovant by Marcello Gesmundo has taken to the Kickstarter crowdfunding website this week to raise €49,000 to help take a new home security system into production called Yooquik.

Yooquik takes the form of an open source Bluetooth, Arduino compatible, cloud connected home security system that can be controlled directly from your smartphone or tablet.

Check out the video below to learn more about the inspiration, construction and features of the Yooquik home security system. That is based on an ARM micro-controller equipped with a a 3-axis accelerometer and a 3-axis magnetometer. Its creator and developer explains more about its inspiration.

A simple philosophy behind Yooquik project: make a simple and secure device for the home/office security. The end user can install it by himself and manage via a cloud connected smartphone or tablet, whereas the maker can customize it using his Arduino knowledge and his Javascript skill. Open Source is the magic key to this project!

Hi, I’m Marcello Gesmundo, the Yooquik creator. I’m an electronic engineer and I designed the Yooquik hardware and software to make sure that each user can use it in the most intuitive way. Some years ago I was on vacation and I had a problem with my old home alarm system: that was the moment when I decided to create a new security system that would allow me to be sure about what was happening at my home. Why yet another new one? Because the existing ones could not be customized or integrated with other devices or other personal projects.

It had to be based on a simple gateway alarm where the software only could determine its functionality. It had to be Open Source! Why not using the iPad you used before buying the new one? Why not using Apple HomeKit today? Because it’s not open, you can’t customize it and you can’t connect to anything else you need!

To help take the Yooquik home security system to the next stage of development and production jump over to the Kickstarter website to make a pledge from just €29 to be one of the 1st to receive the open source security system.