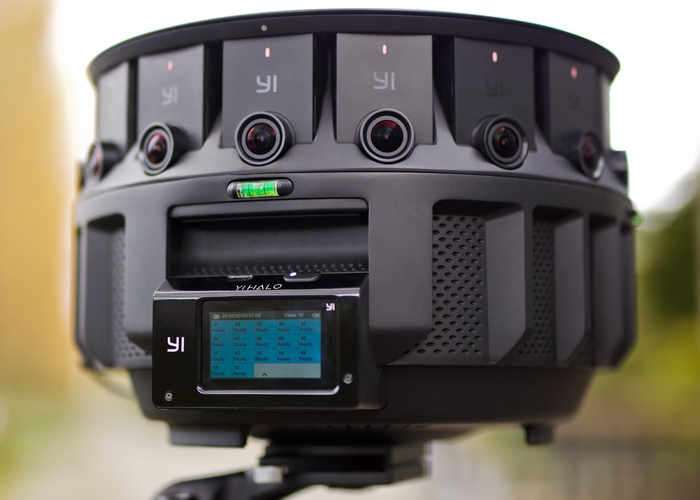 This week Google VR has released more details about the latest developments in its Jump project which launched back in 2015 to promote and simplify the process of creating virtual reality, 3D and 360-degree content.

Thanks to its partnership with Chinese hardware manufacturer Xiaomi the duo have now created a special camera system which is equipped with 17 individual cameras that all combine to provide a 8K x 8k stereoscopic 360-degree picture.

Each YI Halo camera is worth $17,000 and more about its development and recording capabilities can be seen in the introductory video below.

YI HALO makes production easier than ever for VR filmmakers. It has 17 4K unit cameras, including an optimally-placed Up camera, to capture immersive scenes that transport viewers. Derin Turner, Production Director at VR Playhouse, noted “This camera and Jump ranks as one of the best and easiest pieces of equipment and platform to use on the market.”

Creators also get more control and flexibility with the YI HALO. At less than 8 pounds, the YI HALO can be transported anywhere, and doesn’t limit them when they’re trying to capture a tricky shot. The internal battery lasts for 100 minutes of continuous shooting, so creators can get “one more take.” Filmmakers also love the YI HALO Android app that doubles as a remote control and live preview tool.

Filmmakers’ visions come together via the Jump Assembler, which ensures seamless, artifact-free stitches that are ready in a few short hours. The YI HALO camera has been built to natively work with the Assembler. “The camera combined with the stitching algorithm is the best 360 video solution in the industry,” said Jay Spangler, Executive VR Producer for Two Bit Circus.

For more information on the new YI Halo camera jump over to the official Google VR website for details by following the link below.