The other day we saw a three wheeled EV concept from Kawasaki, the Kawasaki J, and now Yamaha has shown of a new three wheeled motorcycle concept at the Tokyo Motor Show, the Yamaha Tricity.

Yamaha Tricity looks a little more reserved than the Kawasaki J we saw the other day, it was announced early this month at EICMA in Milan. 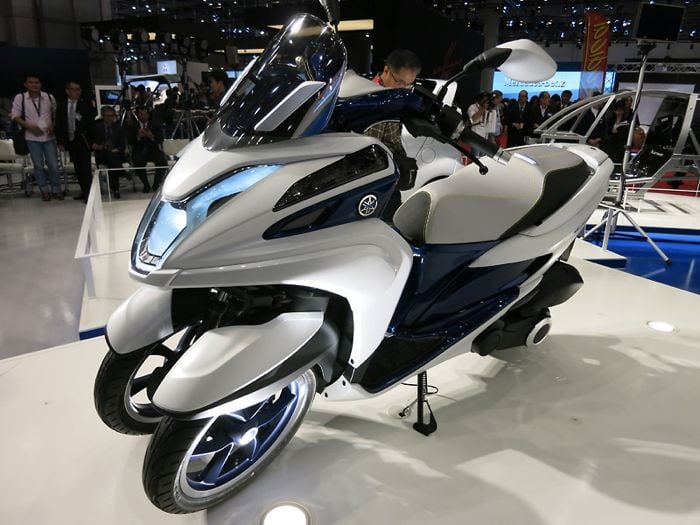 The Yamaha Tricity is a three wheel tilting scooter which originally started out as a concept, and will go into production next year, although there are not many details on the specifications of the production model as yet. 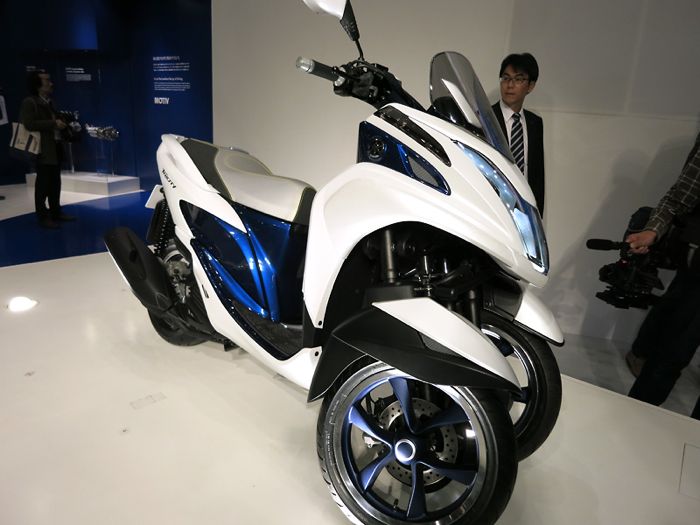 The video below shows the Yamaha Tricity in action, it will apparently come with a 125cc liquid cooled 4 stroke engine, designed for balanced performance and economy.

“It is a high-quality design developed for the European customer’s sense of style,” designer Noguchi Hirotoshi told the company’s Design Cafe portal. “We wanted to create a smart and refined design that is different from others. And above all, to express how easy to ride this vehicle is.”

You can see lots more photos of the Yamaha Ticity over at Gizmag at the link below, it is expected to retail for around 4,000 Euros when it launches next year.