Yahoo has just released its latest update for the Yahoo Messenger 2.0 App which brings with it video calling over 3G. Allowing you to make calls to either iOS to iOS, iOS to PC or iOS to Android devices. 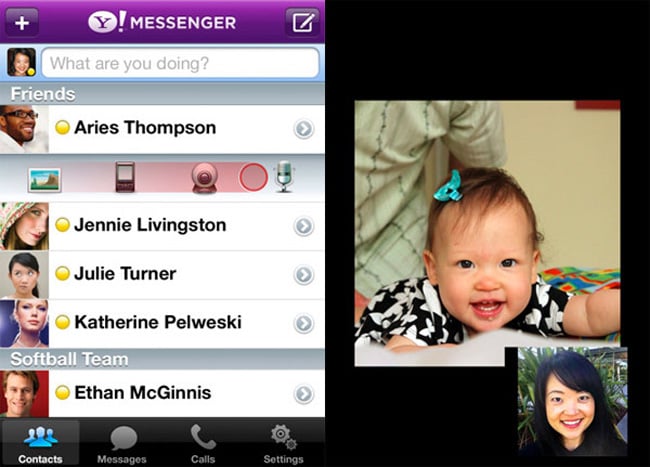 The update also brings Yahoo Voice Phone Out minutes allowing you to make low cost calls to land line or mobile phones but only in America, France, Germany, Spain and Singapore at the moment.

You can now dowload Yahoo Messenger 2.0 from the iTunes app store.