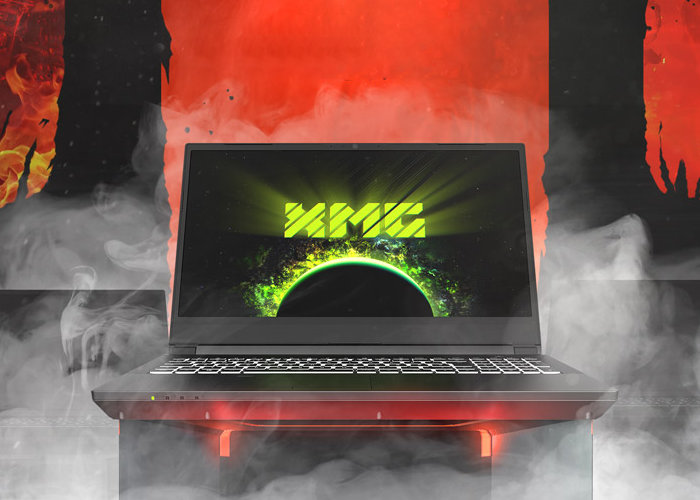 XMG has created a new powerful laptop combining AMD processors with Thunderbolt 3. Even though the laptop is powered by an under-clocked version of the Ryzen 9 3950X processor, enabling it to run on 65 W rather than the 105. The new XMG Apex 15 laptop is capable of providing plenty of power and performance.

“In a daring balancing act, the unique XMG APEX 15 combines the best of two hardware worlds. For the first time, the concentrated power of AMD’s current Ryzen processors (codename Matisse) from the desktop sector is used in a gaming laptop – but paired with NVIDIA’s RTX graphics chips of the latest generation! This rebellious combination gives the XMG APEX 15 an impressive level of performance, as well as the generous interface connectivity of the desktop replacement device.

AMD’s most powerful Ryzen processors were previously found only in desktop PCs. Now, for the first time, the XMG APEX 15 has integrated these lightning fast CPUs into the portable format of a 15.6-inch laptop. With the 16-core Ryzen 9 3950X model, the top configuration utilizes the current performance king in this class, delivering permanently high performance thanks to the first-class notebook cooling. This also compliments NVIDIA’s fast RTX 2070 and RTX 2060 graphics cards in their Max-P incarnation. Thanks to this unconventional, but winning combination, the XMG APEX 15 is not only aimed at demanding gamers but also opens the door to a new performance dimension for professional users.

But it is not only in terms of CPU and GPU that the XMG APEX 15 can more than hold its own against full-blown gaming systems in the competitive desktop PC sector. The versatile mobile device supports up to 64 GB 3200 MHz DDR4 RAM, two M.2 SSDs connected via PCI Express for maximum data throughput and an additional 2.5 inch storage drive.

Network communication is either via a Gigabit LAN port or a fast, low latency wireless connection via Wi-Fi 6. Players and frequent typers can take advantage of a keyboard with full-size keys and a separate number pad, with accurate and precise response as well as excellent feel and feedback. In addition, multi-coloured backlighting provides for individual customisation and ensures good readability of the key labeling.”

Features of the XMG Apex 15 laptop :