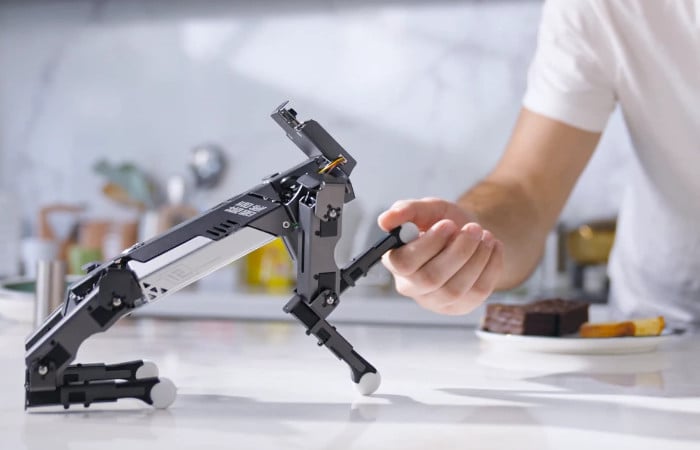 A new mini quadruped robot has been engineered in the form of the XGO-Mini offering 12 degrees of freedom as well as the ability to interact with you using both voice and imagery. Features include six-dimensional posture control, stable posture, and a variety of motions and the small robot is equipped with a 9-axis IMU, its joint position sensor and electric current sensor allowing it to reflect its own posture, joint rotation angle and torque. 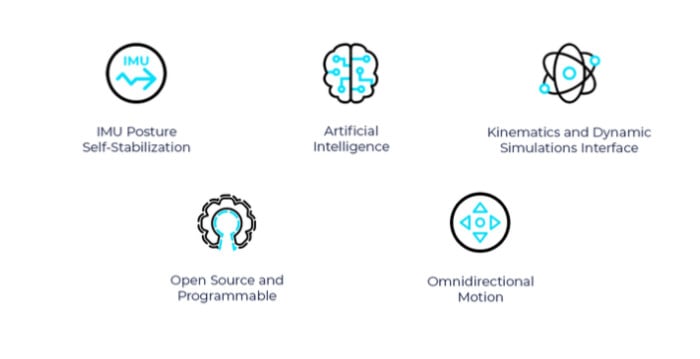 Early bird pledges are now available for the creative project from roughly $199 or £143 (depending on current exchange rates), offering a considerable discount of approximately 50% off the recommended retail price, while the Kickstarter crowd funding is under way. If the XGO-Mini campaign successfully raises its required pledge goal and the project completion progresses smoothly, worldwide shipping is expected to take place sometime around November 2021. To learn more about the XGO-Mini mini quadruped robot project view the promotional video below.

“The XGO-Mini quadruped robot has fully functional AI modules which can facilitate both entry and advanced-level AI applications. The Al modules come with the features of visual recognition, voice recognition, and gesture recognition giving XGO-Mini the ability to hear, recognize and reply to users like a real dog. It also can track multiple colors and recognize QR codes, April Tag, and DataMatrix, etc. Through different programming, it can achieve more functions beyond your imagination.”

“Based on inverse kinematics, XGO-Mini’s 12 active joints enable it to move forward, backward, left, and right and support omnidirectional movement and the superposition of motion in multiple directions. “

For a complete list of all available pledges, stretch goals, extra media and technical specifications for the mini quadruped robot, jump over to the official XGO-Mini crowd funding campaign page by clicking the link below.