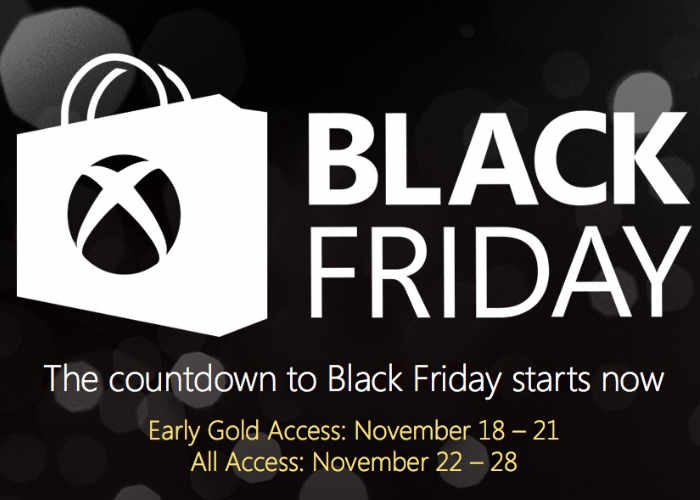 As Black Friday 2016 edges ever closer Microsoft has today released a new teaser video to provide a little more insight into what you can expect from the Xbox Black Friday deals that will be available from tomorrow for Gold members, November 18th to 28th 2016.

Xbox Live Gold members can enjoy early access to deals, saving up to 57% off as well as another 10% more off prices for being Gold Member, check out the teaser trailer below to learn more.

During that period Xbox One and Xbox 360 owners not Gold members can upgrade to Gold for just $1 for the first month of membership. For more information jump over to the official Xbox website. Microsoft explains more :

Jump ahead with Xbox as we ring in the holidays with fantastic deals on consoles, games, and accessories. Xbox Live Gold members get early access starting November 18th, with general access on November 22nd.

We have new sales and specials every week on Xbox.com. From console discounts, full game downloads, to popular add-ons and Arcade games, a new experience is just a click away. Save money with these amazing bargains. Score great discounts on Xbox One consoles, accessories, and video games direct from the Microsoft Store, and get rewarded with a $10 gift code when you pre-order select titles.