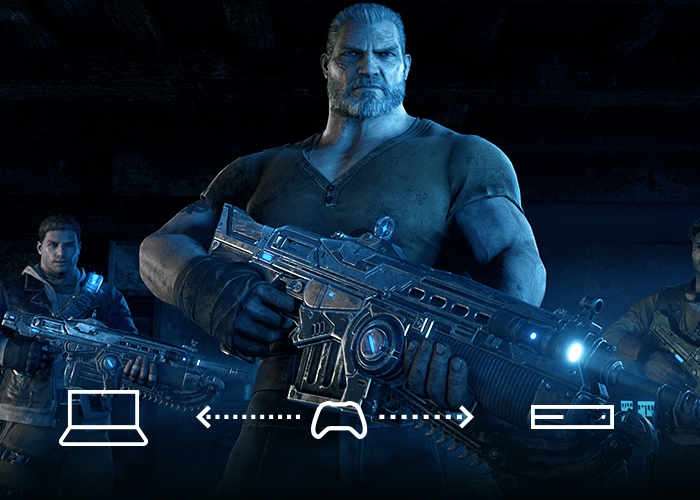 Microsoft has this week enabled the highly anticipated cross play feature on its new Gears of War 4 multiplayer game enabling Xbox One vs PC gameplay.

The new cross-play feature has been enabled between Xbox One and Windows 10 PCs in Social Quickplay in unranked games and follows on from the testing phase which was carried out late last year.

Statistics from the Gears of War 4 cross-play Test Weekend late in 2016 include :

• Over 750,000 Matches Played
• Over 115,000 Unique Participants – 91/9 split from Xbox to Windows 10
• Average of 6.2 matches played by Xbox users, with 11.2 for Windows 10 users
• Over 90% of all matches during the weekend included a mix of Windows 10 and Xbox One players
• Windows 10 and Xbox players had closely-matched results when comparing Average KD, Score and Kills per match based on skill ratings
• The quality of matches improved for both Xbox and Windows 10 users – social lobbies had a higher average user count, and players completed 95% of all social matches entered vs 90% prior to Cross-play Weekend

As such, beginning today, Social Quickplay will now be a Cross-play playlist! This step is planned to be a permanent move for the future of Social Quickplay, with the first few months being a ‘trial period’ in order to monitor player feedback alongside data to ensure the Test Weekend was representative. Windows 10 and Xbox One fans together in public Versus Multiplayer, combining fan feedback and extensive data gathering to help us decide the next steps to take to deliver a matchmaking cross-play Versus experience.

Core and Competitive will remain platform independent, only matching Xbox players with each other and Windows 10 players with each other. Despite the closely matched performance between users on both platforms seen in our cross-play Test Weekend, we always want to ensure our Ranked experiences are as closely matched and competitive as possible. Due to the major popularity of Social Quickplay on Windows 10, we will be looking at introducing new Core and Competitive solutions for Windows 10 players in the future to provide more focused offerings to experience the more competitive ranked play of Gears of War 4.

For more information on the new Gears of War 4 cross play feature jump over to the official Xbox Wire website for details by following the link below.