Remember back when the Xbox 360 was almost set to be released and pictures of it in use were leaked on the internet? Well it’s happened again, only this time the leaker used a video and YouTube instead. Jackson Carter posted a two minute long video showing off the Xbox One’s Windows 8-like UI after showing the console and controller to the camera to prove it was in fact the Xbox One.

No one knows much about the leaker and whether it’s real and/or intentional or not is a matter of debate. I’d love to show you the video, but it’s already been removed from YouTube by Jackson Carter. 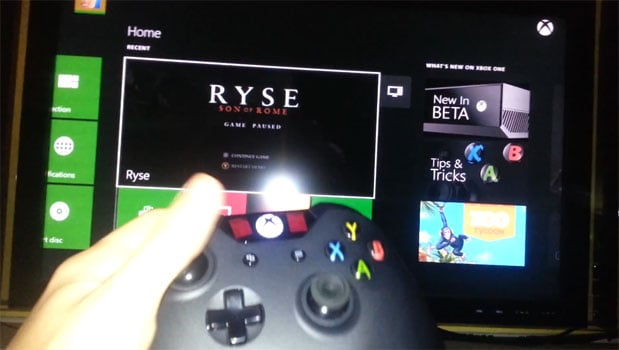 There’s nothing really surprising. It looks a lot like the Xbox 360’s interface mated with Windows 8. The simple fact that the video was leaked with a playable version of the console in someone’s home is more newsworthy than anything shown in the short video. It was made purely for bragging rights anyway.

I personally think posting the video was rather stupid. Someone’ll likely lose their job over that short video and probably end up sued in the process.

If you got a new console months in advance to test, would you show it off to the world?