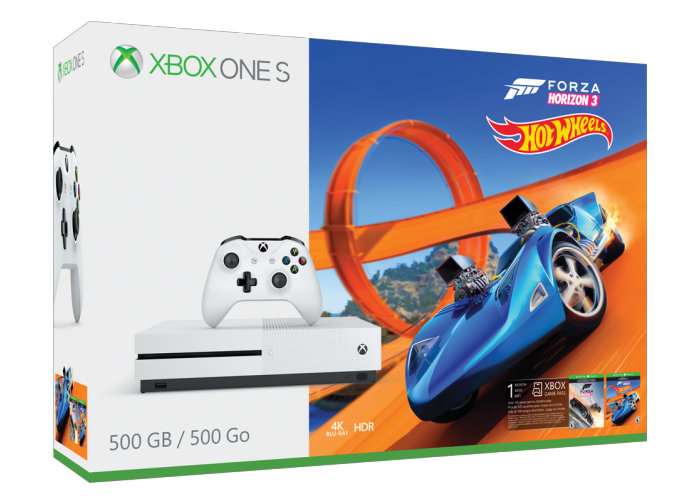 Microsoft has this week launched a new Xbox One S bundle which comes complete with Forza Horizon 3 Hot Wheels Bundle and a 500 GB hard drive for storage, priced at $279.

The new Xbox One S bundle is now available to purchase from participating retailers including the Microsoft Online store. Also if you enjoy racing  Forza Motorsport 7 is available to pre-order and and officially launches on September 29th for Ultimate Edition owners with Early Access, and October 3rd, 2017 for Deluxe and Standard Editions.

The new Xbox One Bundle features :

▪ Xbox One S with a 500GB hard drive
▪ Xbox Wireless Controller
▪ Forza Horizon 3 with the Hot Wheels expansion – a $69.98 value (you’ll get access to play on both Xbox One S and Windows 10 PC)
▪ 1-month Xbox Game Pass subscription with unlimited access to over 100 Xbox One and Backward Compatible Xbox 360 games
▪ 14-day Xbox Live Gold trial to experience the most advanced multiplayer gaming network

Xbox One S continues to be the best value in games and entertainment and is the only console available today with High Dynamic Range for video and gaming, premium audio, a 4K Ultra HD Blu-ray player and 4K video streaming with partners like Netflix and Hulu.