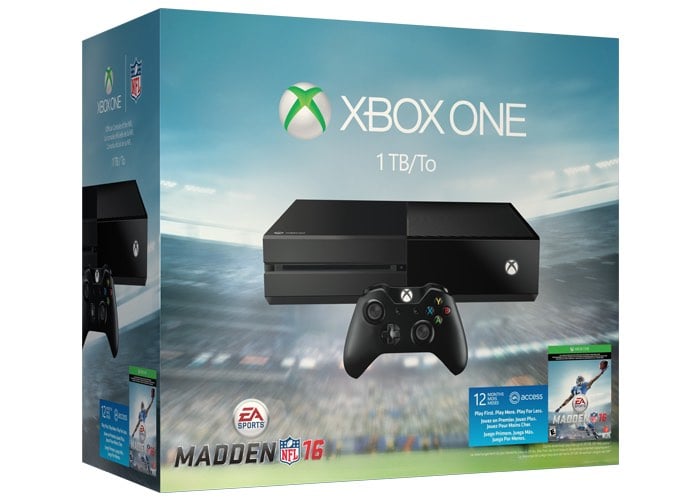 Those waiting for the 2016 Xbox One Madden NFL 16 bundle to be made available will be pleased to know that it is now available to purchase price of $399.

Providing gamers with a chance to play the NFL 2016 game before its official release in a weeks time, As well as enjoy a 1 TB Xbox One games console.

Feature of the Xbox One EA Madden NFL 16 bundle include :

Be the playmaker in Madden NFL 16, with all-new controls in the battle for air supremacy. Download and play upcoming EA games before release as an EA Access member, and get access to The Vault, a collection of great EA games that continues to grow over time. Then quickly switch back-and-forth between your games, live TV, and apps like NFL and ESPN. Jump ahead with Xbox One, the Official Game Console of the NFL.

Jump over to Major Nelson for more details via the link below.